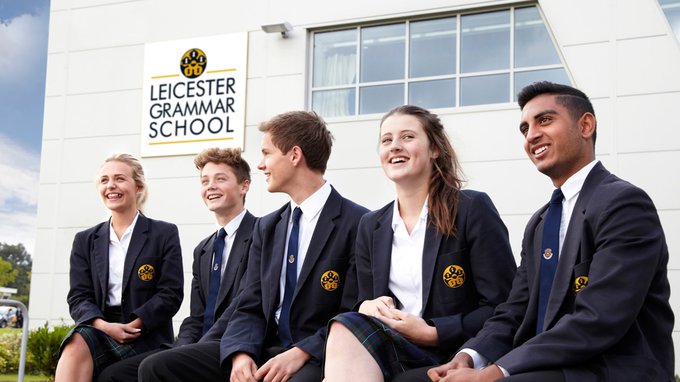 The ratings are compiled by specialized portals, the media and the Ministry of Education. The main criterion of the rating is the results of final exams. They talk about the quality of academic training. Other indicators can also be taken into account - for example, the career of graduates, technical equipment, the number of subjects, the level of teachers, and others. One of the most popular sources is the British edition of The Times. Its rating is based on the results of exams. In this article, we will look at the rating of schools with British (GCSE, A-Level) and international (IB) programs of study. After graduating from high school, British schoolchildren take GCSE (General Certificate of Secondary Education) exams. The secondary school program ends with the A-Level exams. The highest score is A *, then - from A to E. As an alternative to the traditional British program, some schools offer an international baccalaureate program. The maximum number of points for the exam is 45. Here we will present you the 20 best schools in England and Britain, where hundreds of children, schoolchildren and teenagers from all over the world come to study every year. You will learn more about the best private schools and boarding schools in the UK, which consistently occupy leading positions in the lists of the 10, 20, 30, 40 and 100 best secondary educational institutions in the country.

Education in the UK

Education received in the UK is traditionally considered an example of the classical and European standard. Therefore, it is not surprising that this is the first country that many people choose for themselves to learn English and immerse themselves in the atmosphere created by it. The British educational system is based on centuries-old educational traditions, but at the same time it harmoniously applies new methods and modern technologies in the educational process. It is for this reason that the equipment of British private schools and boarding schools is often worthy of not just a secondary school, but a college or university!

The position of the British regarding strictness and exactingness to students has also changed somewhat. Today, in English general education schools, the attention of school staff is more focused on creating the most comfortable educational atmosphere and conditions for the disclosure of the talents and capabilities of each of the students. Thus, the modern educational programs of the leading British private schools are aimed at educating the personality of each child, schoolboy and teenager, as well as at its comprehensive development. Including the formation of the qualities necessary for a confident entry into independent swimming.

There are about two thousand secondary schools located throughout the United Kingdom, every fourth of which is an institution with a boarding school. That is, in such schools, children can not only study, but also live, eat, and generally spend a whole day on campus throughout the entire period of study.

To better understand the diversity of English schools, we recommend that caring parents familiarize themselves with the national ratings of educational institutions, which are formed annually by various news agencies. One of the main criteria for determining the best educational institutions is the results of final certification exams (usually GCSE or A-level). The list includes both private boarding schools and institutions with full-time education.

So, according to the information publication The Telegraph in 2017, the following institutions were included in the list of the most popular, prestigious and advanced English language schools: