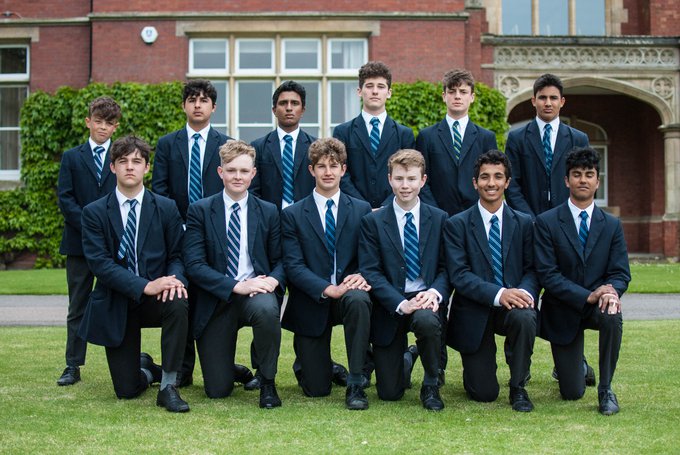 Boys' schools in England and the United Kingdom are often among the oldest and most respected, with a tradition of segregated education dating back hundreds of years of successful work in Foggy Albion. Examples of boys only schools can be found below. Many well-known national boarding houses also have two campuses, one for boys and one for girls, and children interact with each other constantly at various activities, sports and games, excursions, often during high school classes.

Just an hour and a half from London - and you find yourself in the oldest boarding school, in which there are even more traditions than students. Winchester College was created in 1382 by William Wickham, Bishop of Winchester Abbey, and he did it for poor boys, which is quite ironic considering what families boys are from today. However, it is not easy to enter here in any case - despite the fact that teenagers study at school from the age of 13, the first exam must be taken at 11 (and in Prague), and parents must have time to enroll in this boarding school while their son is from 8 to 10 years. Think about it - the registration of applicants for 2020 ended last year! But on the other hand, here study and teach, after all, really the best of the best and the most fortunate of the lucky ones.

Ever since King Henry VI founded the most famous boarding school for boys in 1440, Eton has remained the favorite school of the royal family and the entire British aristocracy: not only princes William and Harry studied there, but also 20 British prime ministers. People who graduated from school here are as versatile as Leonardo da Vinci. Any boy, after graduating from Eton, turns into a man not only well-educated, but also making progress in football, cricket, rowing, pottery, theatrical and literary skills, philosophy, rhetoric and even fishing, that is, literally in everything.

The boarding school, founded in 1553 by Sir Andrew Judd, has produced well-educated young people for centuries, 99% of whom went to universities, and 24% of the best in Oxford and Cambridge. Among the stately Victorian buildings, about 780 young people, aged 13 to 18 years old, study and grow, who devote their time and energy to academic knowledge, foreign languages ​​(including Greek and Latin), sports - from cricket to rock climbing - and musical instruments with which you don't be ashamed to join local jazz bands, rock bands and even a symphony orchestra. There are 40 hectares of playing fields around the school, where not only happy schoolchildren train, but sometimes even Olympic champions.

The private school, located on the banks of the Thames right in the center of the British capital, does not provide full board, but is known for its impeccable reputation. In the educational institution, founded in 1834, today about 900 boys receive a decent education, and most often boys come here at the age of 11 - at the same age when real wizards manage to get into Hogwarts. Unsurprisingly, Daniel Radcliffe studied here when he starred in the Harry Potter films. By the way, not far from the school is also the City of London School for Girls, where the potential Hermione studies.

The influential boarding school, Eton's main competitor, was created in 1572 by decree of Elizabeth I, although in fact it existed before - according to Professor Christopher Tyerman, author of the book "History of Harrow School 1324-1991", boys were taught here long before the official opening ... This school invented squash, prides itself on straw hats and has received excellent academic education for centuries. Here, too, talents develop brilliantly: Churchill, Byron and Benedict Cumberbatch studied at this school - boys who were gifted in very different ways.