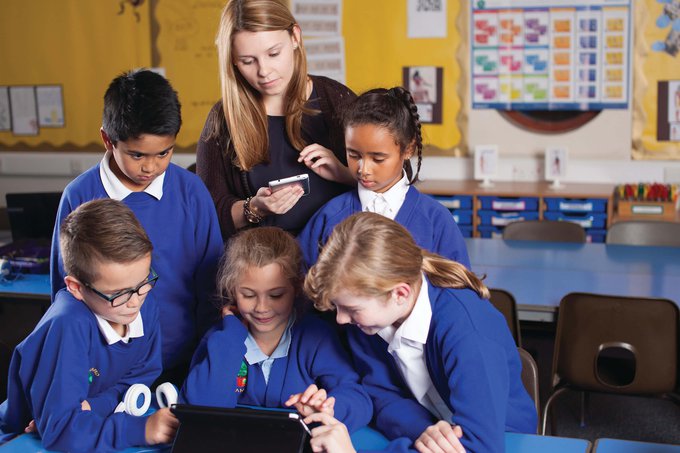 Primary education in England and Great Britain, or primary school, is the first stage of school education, intended for children 5-11 years old. Yes, in the UK, children go to school very early: they usually attend preparatory classes from 3-4 years old, and at the age of 5 they enter the main general education school. If a child enters preparatory school at the age of 4, then his first year is called the Adoption Class, and the first year directly in primary school is 1 year. Many schools in the UK - both private and public - also organize day care centers (nurseries) for children from three years of age. Primary classes, in turn, are divided into two levels in accordance with the British system:

We remind you that for children 5-16 years old in the UK, secondary education is compulsory: it can be obtained in a public school (free of charge) or in a private (independent, public) school. In total, during the period of study in primary school, children study about 10 subjects. The main ones are studied from the first year: these are English, mathematics, literature; foreign languages, natural science courses (chemistry, biology, physics), humanitarian, exact and computer disciplines are gradually added to them. Tests for academic achievement and level of knowledge (usually SAT, Standard Assessment Assignments) are conducted regularly. In terms of its function, primary school in England and the UK is more like the kindergarten we are used to: children walk a lot, do sports and creativity, play, sing, etc., no homework or grades. You can find out detailed information about your child's level of development and knowledge by talking with teachers and caregivers. Primary school provides a powerful incentive for the socialization of a child: from an early age he learns to communicate and get along with other children, to be responsible for his words and actions. If a foreign child enters primary school in the UK, then this has a very beneficial effect on his level of English proficiency: he learns English almost like a second native language, and by the time he graduates from school he speaks it at the level of a native speaker.

Classification of primary schools in England and Great Britain

Private schools are distinguished by two important parameters: high tuition fees and high competition and waiting lists. The most prestigious and elite schools require documents and applications for student enrollment from the moment of his infancy, practically from birth, and many parents are forced to give in to these requirements and deal with the admission of their child to school for a long time, over several years. But do not discount public schools as well - among them there are many respected educational institutions with good infrastructure and equipment. Religious schools stand out separately: many parents are confident that they provide education of even higher quality than in secular educational institutions. In England, Catholic schools are especially common: they are usually funded mainly by donations and contributions from parishioners. This category of educational institutions has its own peculiarities in the selection of students: the highest priority is given to those children who, together with their families, are regular visitors, parishioners of the church, belong to a certain faith, have a baptismal certificate and letters from a clergyman who will confirm the loyalty of the parishioners of this church. Many parents here are trying to play it safe: noticing a good religious school for themselves, they deliberately begin to go to the church attached to the school in advance (a year or more) in order to establish themselves as diligent parishioners.

Each class of a British school has a certain number of students, as a rule, no more than 30 people: in private schools this number is even less, about 7-15 people. To be able to take the vacant place, you need to submit an application by the set deadline (each school sets its own terms every year) using a single Internet service: you can choose up to 6 priority educational institutions to guarantee your enrollment as much as possible. Within a few months of submitting your application, your local municipality uses the same service to tell you which listed school your child can be admitted to. There are several criteria by which an applicant can receive a privilege (although they usually apply to British citizens): If the applicant's siblings are in school (in such cases, a place can be allocated almost automatically) If you live near the school, within its catchment area (distance in meters directly from the school building). The catchment area can change annually: the more applications, the smaller the area of ​​close residence of students. Many parents, having precisely decided on the priority school, often even rent housing closer to the school building - that is why residential apartments and houses near popular and prestigious schools are always more expensive.